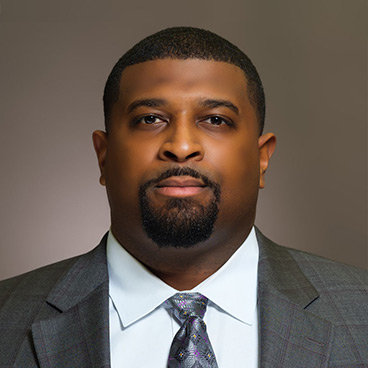 Byron C. Alfred is a Board Certified Trial Lawyer and the Founder of The Alfred Firm. Byron earned his undergraduate degrees in Economics and Political Science, with a minor in African American Studies, from the University of Houston. As a member of the University of Houston Cougars Football team, Byron was a starting offensive lineman in every game he ever played, an All-Conference Honoree, and, ultimately, a finalist for the All-Decade team from 2000-2010. After enduring multiple injuries, Byron culminated his football career as one of the leaders of the 2006 University of Houston Cougars Conference Championship football team – a feat that had not been accomplished in over ten years.

Since he began practicing law, Byron has represented people harmed by the negligence of corporations. Byron has represented people in high profile cases involving catastrophic industrial accidents, trucking accidents, offshore incidents, apartment fires, pool drownings, and industrial explosions. Byron’s record-breaking results have led to him being hired to represent clients in many of the nation’s highest profile and most important cases.

In 2018, Byron obtained a $44,370,000 jury verdict, the largest work injury verdict in Texas, for a fatality that occurred at the ExxonMobil Refinery in Beaumont, Texas. In 2019, Byron secured the largest reported settlement in the history of Texas school district litigation for a sexual assault by a teacher against students. Byron’s results have earned him a great deal of recognition from his peers, including a “Superb” 10.0 rating through AVVO.

Other honors include his induction to the Texas Verdict Hall of Fame, selection as a Super Lawyers Rising Star for three straight years, and membership in the invitation-only Multi-Million Dollar Advocates Forum. He has also been named to the National Black Lawyers: Top 40 Under 40 list. Byron is also Board Certified in Personal Injury Trial Law by the Texas Board of Legal Specialization.

In addition to relentlessly representing his clients, Byron enjoys serving on the South Texas College of Law – Houston Alumni Board of Directors, visiting and supporting his hometown of Port Arthur, Texas, and spending time with his family.